Brothers Research Corp. was founded in 1975 by Dr. William Bailey and his brother, Jerry to begin marketing a new automotive appearance product.

Because of their dissatisfaction with the products being offered at the time, these two car enthusiasts (and chemists) began in 1973 formulating their own automotive polish. The only products available then were difficult to use, left a heavy chalk residue, were not very durable, and gave only moderate results in shine.

After two years research and approximately one hundred trial formulations, all the above discrepencies were overcome. This revolutionary polish went on easily as a semi-transparent film, was just as easily removed, and created a brilliant, durable gloss that would last up to a year.

The response was so overwhelming that Brothers Research was formed to market this new offering called “Duragloss”.

Today, the Duragloss Appearance Line contains 54 products for the Automotive, Marine/RV and Heavy Duty markets. Duragloss Products are distributed through the automotive aftermarket, and are targeted towards those of you who are just like our founders; people who take pride in their automobile. 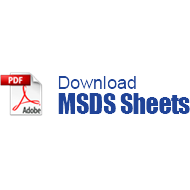